Prevalence and characteristics of child victims in motor vehicle collisions in Panama. 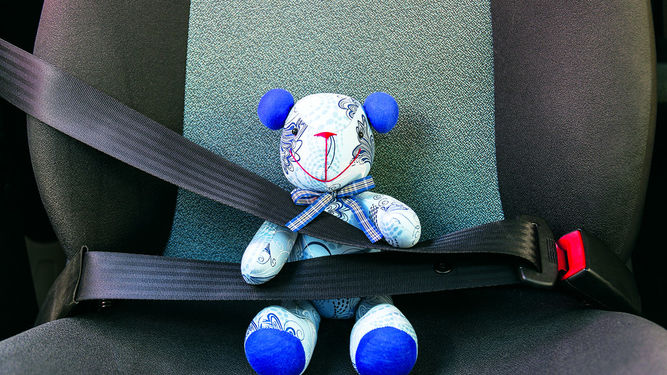 Automobile collisions put the lives of vehicle occupants, especially the youngest, at risk. 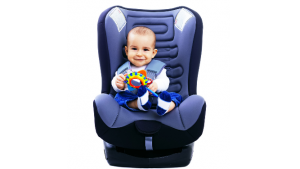 Of the entire child population in Panama, children under five years of age are the most vulnerable to dying when involved in traffic accidents, according to an epidemiological study conducted by Panamanian scientists that evaluated traffic accidents registered in the country between 2005 and 2012.

This was one of the conclusions presented in the article “Prevalence and characteristics of child victims in motor vehicles in Panama”, recently published in the journal Traffic Injury Prevention.

The study – conducted by physicians Virginia Núñez-Samudio, Iván Landires (both members of the National System of Researchers of the National Secretariat of Science, Technology, and Innovation), and Javier Jaramillo-Morales – considered data compiled by the National Institute of Statistics and Census of the Comptroller General of the Republic of Panama, and was compared with data from the General Directorate of Traffic of Spain.

The sample of young people between 0 and 14 years of age was evaluated, and it was found that in that period a total of 10,603 children were involved in traffic accidents.

Some of the conclusions raised by the research in the publication are that there is a gap in article 127 of the Vehicle Traffic Regulations, which refers to the use of child restraint seats, as well as little information and campaigns on their importance in Panama since there is international evidence indicating that the use of these restraint seats has shown a decrease in mortality of 71% in children under 1-year-old and 54% to 80% in children between 1 and 4 years old.

Children, the most vulnerable in vehicular accidents

In Panama, the mortality rate in children aged 0 to 14 years involved in vehicular accidents increased from 2.11 to 3.63 between 2005 and 2012, according to a study prepared by Panamanian physicians.

Analyzing records compiled by the National Institute of Statistics and Census of the Office of the Comptroller General of the Republic, doctors Virginia Núñez-Samudio, Iván Landires, and Javier Jaramillo-Morales evaluated the cases of 10,603 children traveling in automobiles who were involved in accidents between 2005 and 2012.

One of the conclusions of the research is that in Panama, children under five years of age are the most vulnerable to dying when involved in traffic accidents. 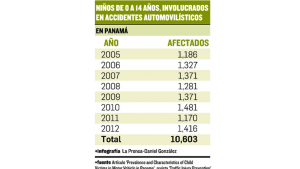 The study, recently published in the journal Traffic Injury Prevention, also compared local statistics with those of Spain and found that the increase in the infant mortality rate due to traffic accidents in Panama was three to four times higher than in the European country during the same period.

The study adds that there is international evidence that shows that the use of protective seats has reduced mortality in children under 1 year of age by 71%, and from 54% to 80% in children between 1 and 4 years of age.

In this sense, the Vehicle Traffic Regulation of the Republic of Panama establishes the use of a special seat for two-year-old children traveling alone in the back seat.

For more protected children on board

Article 127 of the Vehicle Traffic Regulations of the Republic of Panama, which refers to the use of child restraint seats, is “very ambiguous”.

“We consider that this is very ambiguous because it can be misunderstood that it refers to “any minor under 2 years old traveling alone in the back seat” because there is no mention of the measure to be taken if this minor is traveling accompanied. It is not very clear. In addition, the recommendation to use the child restraint only if the child is under 2 years of age represents very little safety, because international regulations in Europe, the United States, and other Latin American countries adjust its use according to the child’s size, weight, and height, and not taking into account the child’s age”, explains Núñez-Samudio.

In Europe, for example, if the child is less than 135 centimeters tall, he or she must travel in the back seat and with a restraint seat adapted to his or her size and weight, he says.

After the first year of life, car accidents are the second leading cause of infant death in Panama. “When we were analyzing the information, we realized that this is a real public health problem,” she says.

The research, which analyzed data on 10,603 children aged 0 to 14 involved in collisions of this type – did not include information on how many of these children were traveling in a child restraint seat because this is not recorded in the country when these accidents occur – found that the children who lose the most lives are those under the age of 5.

“What we want to communicate is that decision-makers, at least, consider with this evidence the readjustment of the age [in the use of the child restraint seat], which should be at least for all children under 5 years old and mandatory,” and that if the seat is not used, that this should be grounds for an infraction, summarizes Núñez-Samudio. 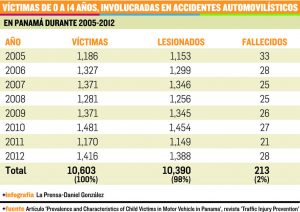 FIGURES BY AGE, accidents in Panama.

(Source: National Institute of Statistics and Census of the Office of the Comptroller General of the Republic of Panama). 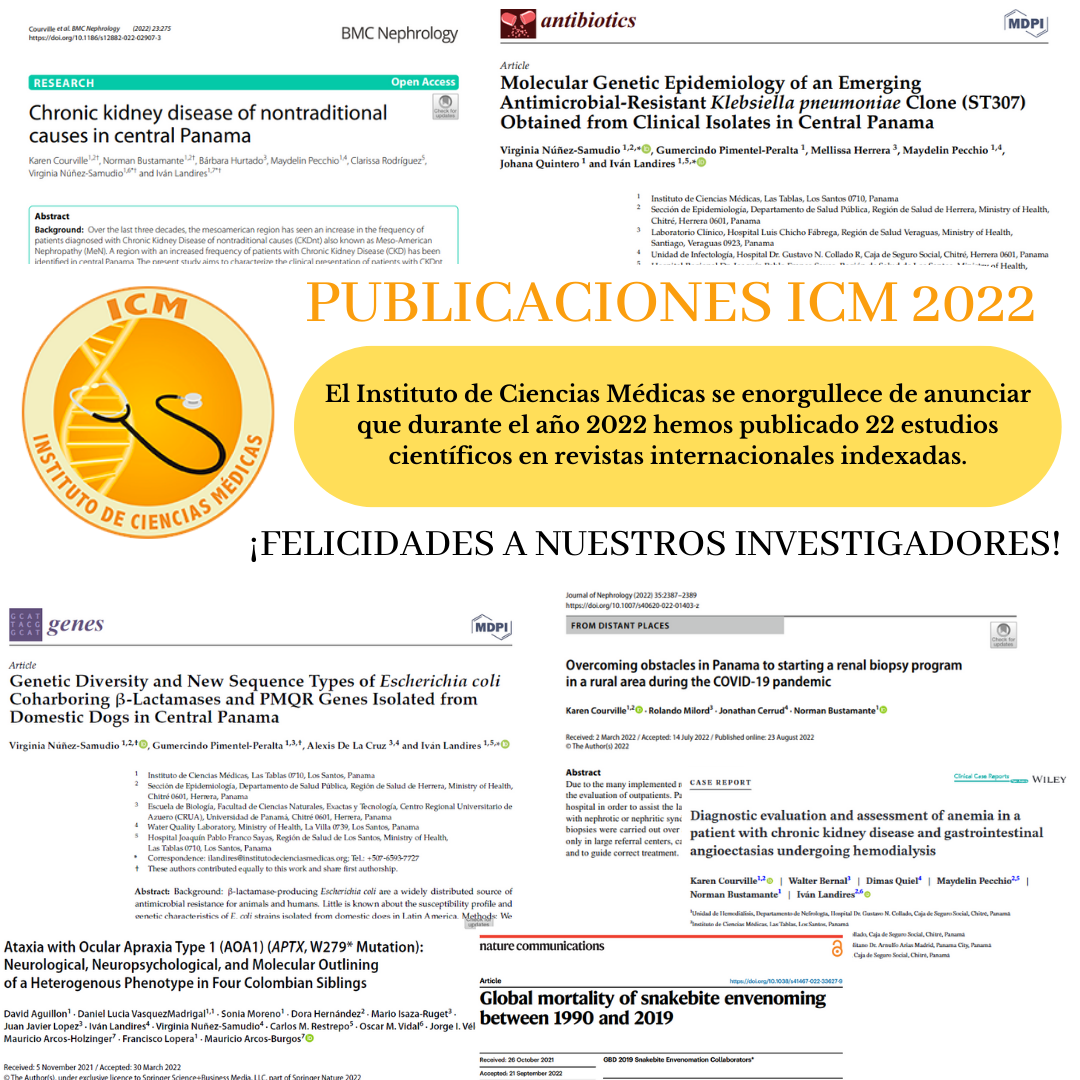 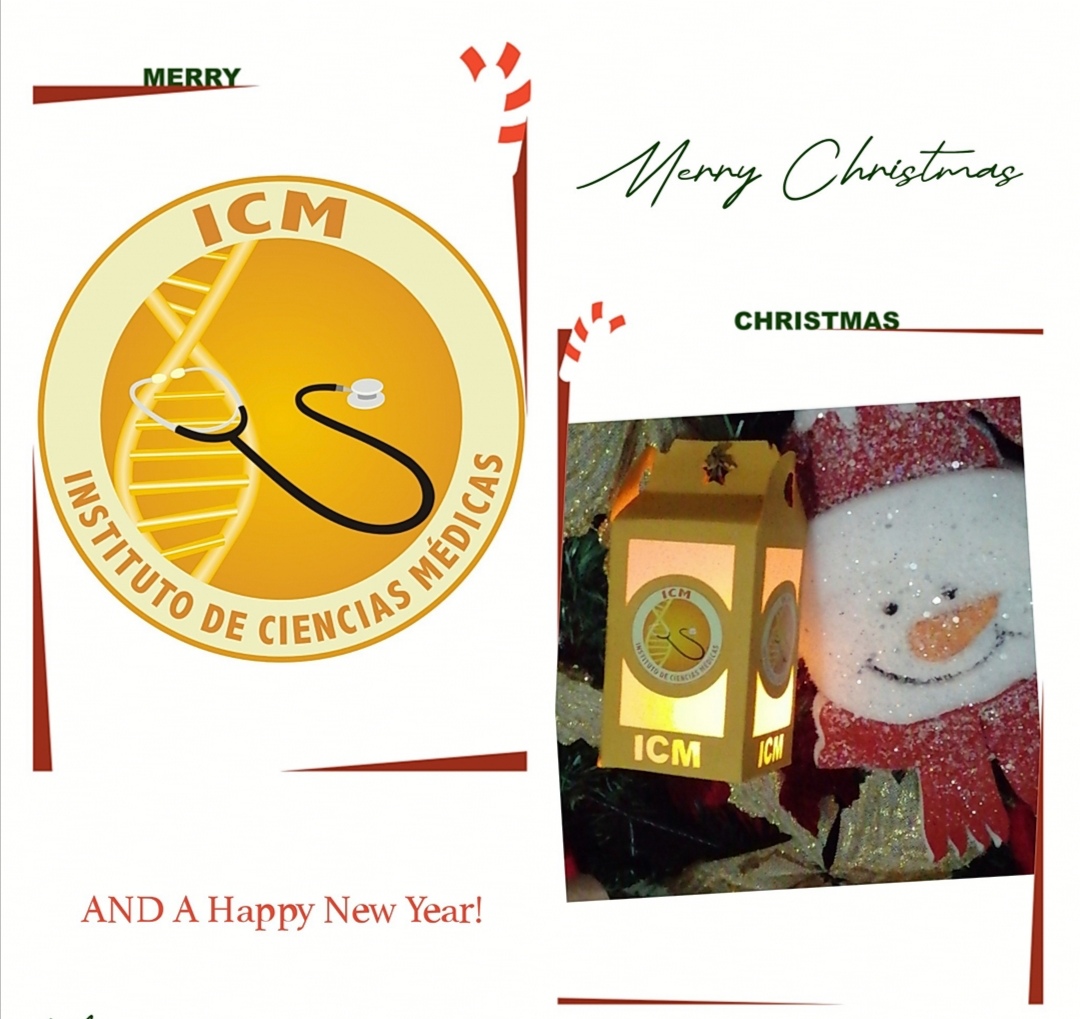 ICM WISHES YOU A MERRY CHRISTMAS AND A HAPPY NEW YEAR. 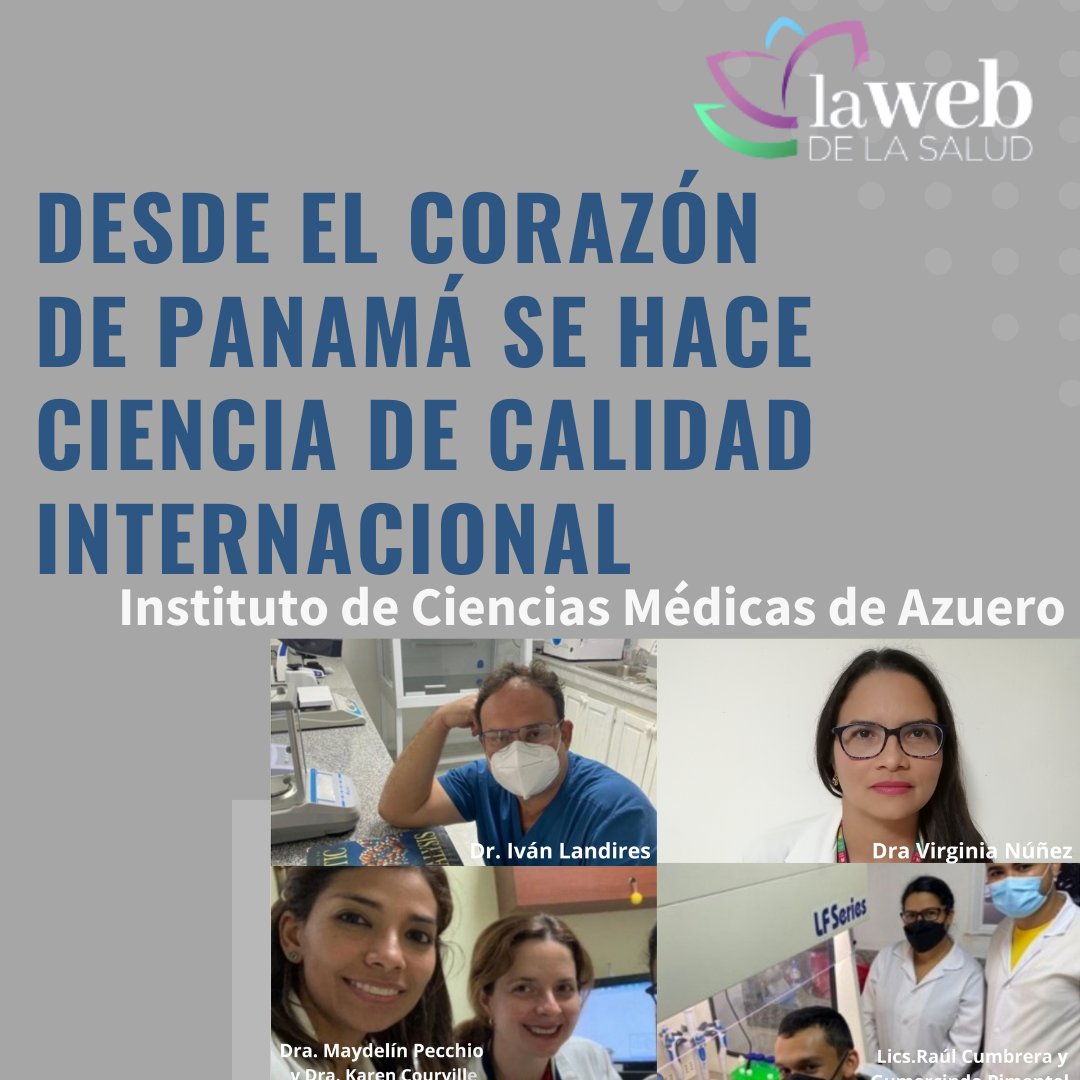 Instituto de Ciencias Medicas publishes in the best scientific journals in the world.